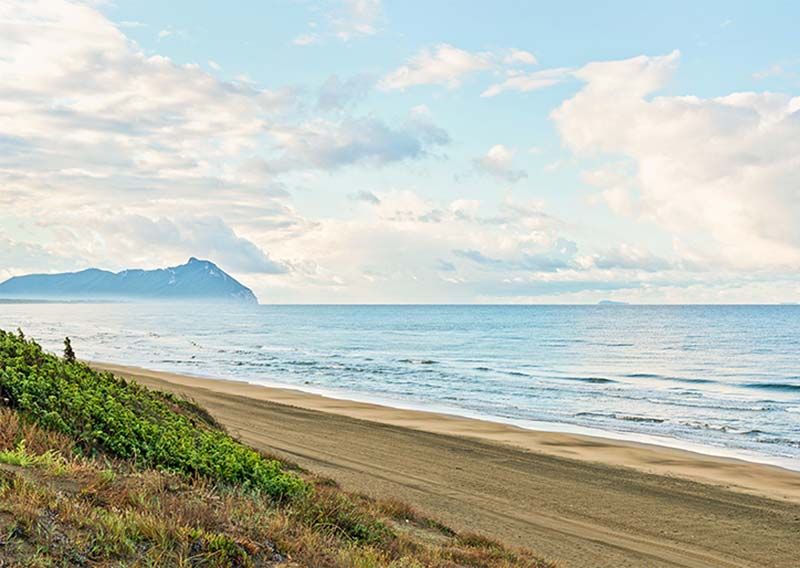 The Lazio Coast and its jewels

The long, elegant and fascinating coast of Lazio could be imagined as a bracelet with a very precious diamonds set, with each diamond hypothetically representing a seaside resort, a city that over time has been able to exploit its potential to the fullest. Rich in history and beauty, these cities, from the largest to the smallest, welcome visitors who punctually reassemble year after year. The secret of this coming back precisely lies in the ability these seaside resorts have to provide almost everything: fun, culture, relax, charm. How to remain emotionless before such great majesty? And at the same time, how could you ever discover everything while on a single vacation? Visiting these places only once it’s a big risk.. you would probably be wanting to buy a house, so to live here all year round!

But let’s find out more about these places:

Starting from Rome and heading towards Naples, we first find the Roman coast: Pomezia, Ardea, Anzio and Nettuno. These four seaside resorts are the fastest solution for those who want to reach the sea from Rome in just a few minutes and are not willing to travel too many hours. The beaches are mostly sandy and it is a pleasure to spend long days in places that were crossroads of ships and main ports for commercial trades. Several archaeological remains still tell us stories about it.

Leaving behind the Roman coastline, we meet Sabaudia, a town of twenty thousand inhabitants established in 1934. From the top of the Circeo Cape it’s possible to admire a beautiful golden beach, which is twenty kilometers long. The beach is flanked by beautiful sand dunes on one side and the crystal clear sea from the other and the green of the vegetation completes the picture. A bridge, suspended over Lake Paola, connects the city center to the sea. Sabaudia has always been considered the meeting point for local artists, thinkers and prominent personalities. It is not unusual to walk and meet famous people along the streets who have bought a house here and each year spend their holidays among the locals. If winter lightly closes its feathers, it is in the summertime that Sabaudia explodes with color and opens up to the world like a beautiful colorful peacock.

San Felice Circeo, the prehistoric one

Before talking about Terracina it is mandatory to stop and meet San Felice Circeo first. With its ten thousand inhabitants, it is a real gem both from historical and landscape sides. The above mentioned Circeo cape, rich in caves and mystery, is the emblem of a town whose origins date back to the Neanderthals. All the archaeological finds collected over the years have helped in tracing the history of this place. From the typical historic center which conveys serenity and tranquility, it is possible to walk down to the uncontaminated water of the sea. It seems to take us far away from civilization allowing to touch and relive, jumping back in time, that prehistory destroyed by man long time ago. Among the many wonders of San Felice Circeo are also the numerous caves whose seabed is perfect for snorkeling lovers.

Heading southwards we encounter Terracina. Forty-six thousand inhabitants spread over a territory that goes from the high historical center right down to the sea. Its long beaches welcome tourists arriving every year from Frusinate and Campania. During the summer evenings the streets of Terracina light up and are full of people enjoying long walks. The best way to appreciate the city is to park the car and start walking. The city is dominated by the wonderful Tempio di Giove Anxur which can be visited all year round.

Sperlonga, the pearl of the Tyrrhenian Sea

So we have reached Sperlonga, the Pearl of the Tyrrhenian Sea with its three thousand inhabitants. The white walls and narrow alleys make this town the ideal place to relax in style during the long and hot summer days. Torre Truglia, built in 1532 separates the long, golden beaches and the water is crystal clear. The Villa of Tiberius is famous all over the world and it ends with the fascinating Grotto. Sperlonga represents a real Italian peculiarity. Sperlonga represents a real Italian peculiarity.

Gaeta, between history and beauty

The beautiful town of Gaeta, with its marvelous beaches and its interesting places to visit, is non exception. Ariana, Serapo, Arenauta and the Piana di Sant’Agostino are the most famous and popular beaches of Lazio coast. There are many places you can visit in Gaeta, such as the Sanctuary of the Holy Trinity, better known as Montagna Spaccata, the adjoining Grotta del Turco, the Angioino-Aragonese Castle. So many Churches boasting both a religious and a massive historical heritage, not to mention the uncontaminated nature surrounding the entire town.

City of Gaeta and its Gulf

Rome and Naples.. so close!